Just for fun, I've experimented with writing two stories in second person ("you"), so called Reader Inserts. It was lots of fun, and easier than I had thought! I will probably add many more whenever I'm in the mood. 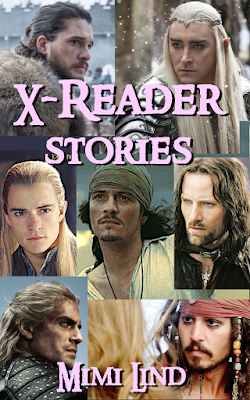 I write the reader as vague as possible, so it should work for any gender and looks. The reader is referred to as "you", or sometimes a nickname given by the canon character. I avoid "y/n".

Read them here:
*Wattpad: https://www.wattpad.com/story/263041346
With chapter pictures, and easy to read via browser or an app. Need an account on the site (which is free).
*Archive of Our Own: https://archiveofourown.org/series/2230512
Simple text layout, no account required.
Etiketter: Oneshots, Stories 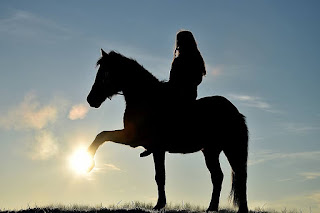 Today, March 22, it's exactly 1 year since I published the first chapter of my first fanfiction: Horse Lady of Rohan. Since then I've written over 300 000 words of fanfiction, split into seven longer and shorter stories!

What began as a quarantine project has become my favorite hobby. Thank you, all readers who took the time to comment and review my work early in the process, or I might never have continued.

This calls for a celebration. :) 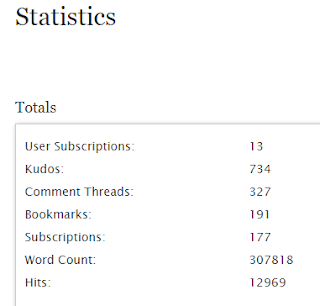 Etiketter: Horse Lady of Rohan, Other 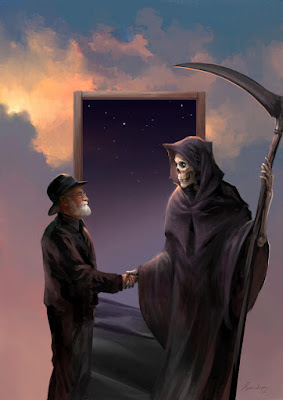 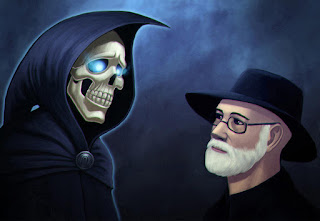 Image by 1nkor.
“No one is actually dead
until the ripples they cause in the world die away.”
Sir Terry Pratchett (28 April 1948 - 12 March 2015)
Today, 6 years ago my favorite author died. Sir Terry Pratchett became 66 years old, and during his too-short life he wrote over forty amazing books, most of them parts of his Discworld series. Even when he developed Alzheimer's disease, he would keep writing, and though his later books are not entirely up to the same standard as those he wrote in his prime, they are still amazing books. He was just an extremely talented writer, who even with Alzheimer's could write smart, funny and thought-provoking stories.
Though set in a fantasy world, his characters are realistic and very deep, and the stories often mimic our world and problems, such as poverty, racism and gender inequality. This is done with humor and warmth, and often very subtly.
In addition he had a way with words, and the amount of cite-worthy quotes from his works is boundless. In my fanfiction Cat of the Fellowship I begin each chapter with a quote that fits the chapter's contents, and it's never hard to find one to match. The problem is rather choosing between the many options...
I shall end this In Memoriam with one of my favorite quotes:
Vimes 'Boots' Theory of Socioeconomic Unfairness
The reason that the rich were so rich, Vimes reasoned, was because they managed to spend less money.
Take boots, for example. He earned thirty-eight dollars a month plus allowances. A really good pair of leather boots cost fifty dollars. But an affordable pair of boots, which were sort of OK for a season or two and then leaked like hell when the cardboard gave out, cost about ten dollars. Those were the kind of boots Vimes always bought, and wore until the soles were so thin that he could tell where he was in Ankh-Morpork on a foggy night by the feel of the cobbles.
But the thing was that good boots lasted for years and years. A man who could afford fifty dollars had a pair of boots that'd still be keeping his feet dry in ten years' time, while the poor man who could only afford cheap boots would have spent a hundred dollars on boots in the same time and would still have wet feet.
This was the Captain Samuel Vimes 'Boots' theory of socioeconomic unfairness.
― Terry Pratchett, Men at Arms 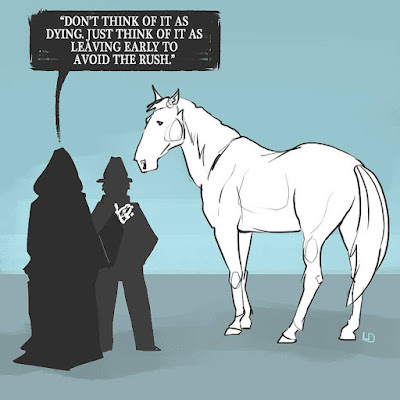