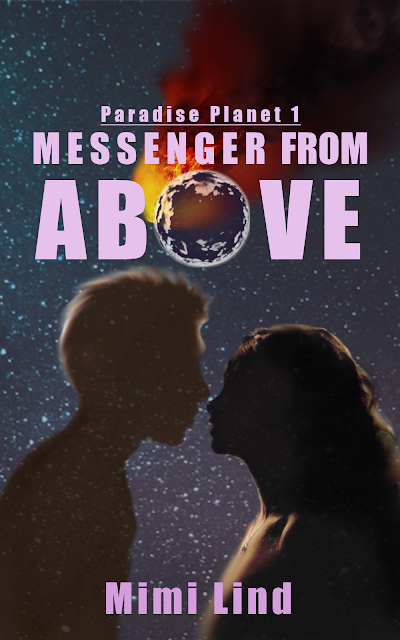 It was an alien! But why was it here, outside the Camp?
The palers were dirty and carried diseases,
it was dangerous to be even this close to one.
And what was it collecting in that sack? Stolen goods?
The alien began to run, still clutching its burden tightly.
Regardless of everything she knew about its kind, Lily followed.

When visitors arrive from space, they are nothing like expected. How can they look almost like humans? Lily is not afraid to break the law and decides to help one of them, but soon her feelings take a dangerous, forbidden turn. Meanwhile, Pike tries to find the message they are prophesied to bring. What he discovers has the power to save mankind.

A futuristic space opera with timeless themes: love, forgiveness and fearing the unknown.